People ask me what’s special about this Panerai Pam382 bronzo? Why and how is it different than the other Bronzos. Here’s my response and the lowdown on the Panerai bronzo family—the good, the bad and the ugly…... 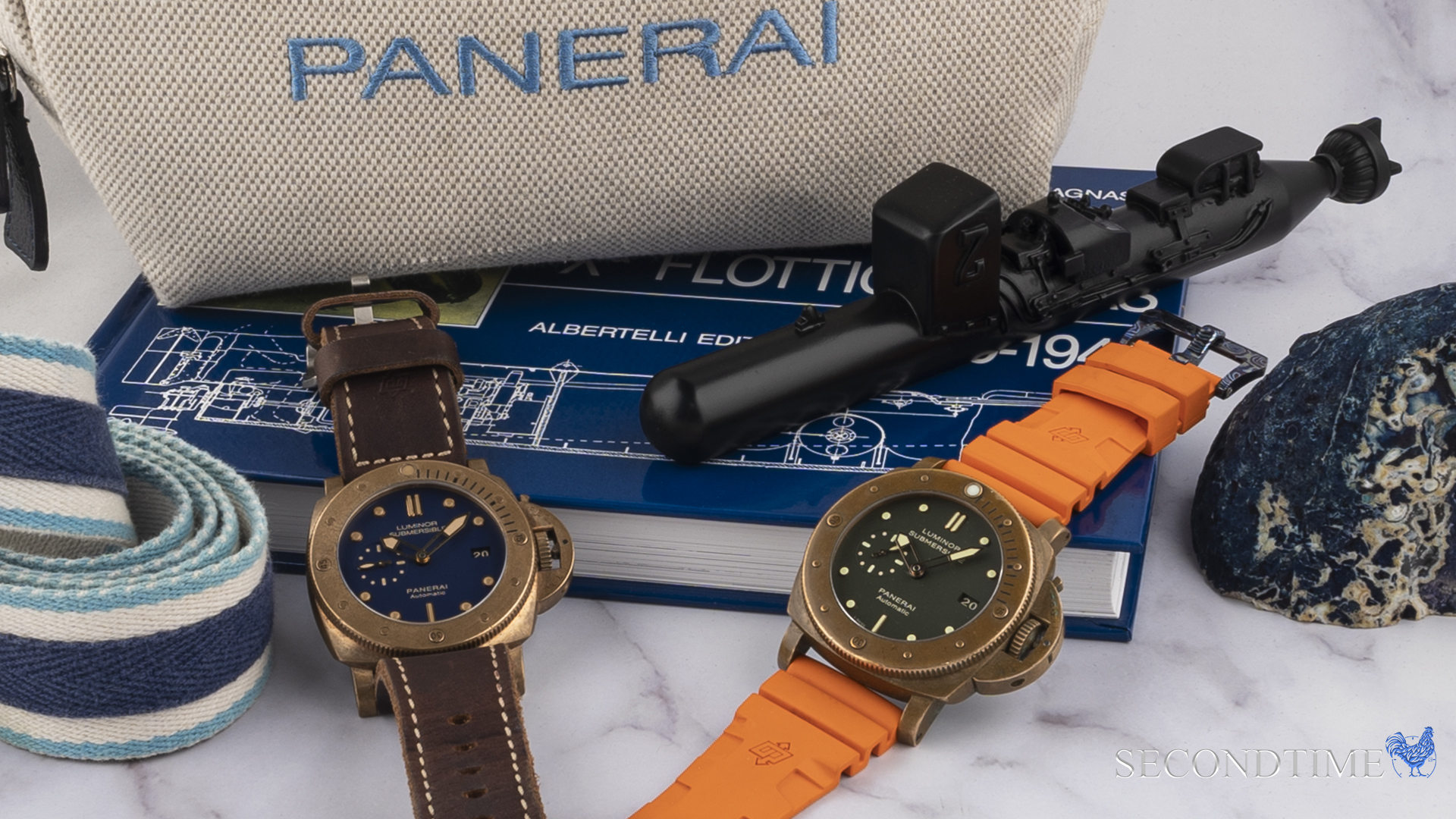 So Far to date, there have been 4 Bronzos released as indicated below

For the uninitiated, what is the big difference between these 4 Bronzos and which one should I buy? Well let’s take a closer look.

First and foremost, the first 3 Bronzos (PAM 382, PAM 507, PAM 671) were all released as Special Editions. That is significant because it prevents Panerai from re-releasing this PAM reference number ever again. Think of a Special Edition Panerai sort of the way a sports team retires a franchise player’s jersey number. Simply put, Panerai will never release another PAM 382, PAM 507 or PAM 671 ever again. The PAM 382, PAM 507 and PAM 671 were all made per the Panerai technical details found on the Panerai.com website as ‘Unique Edition of 1000 pieces.’ 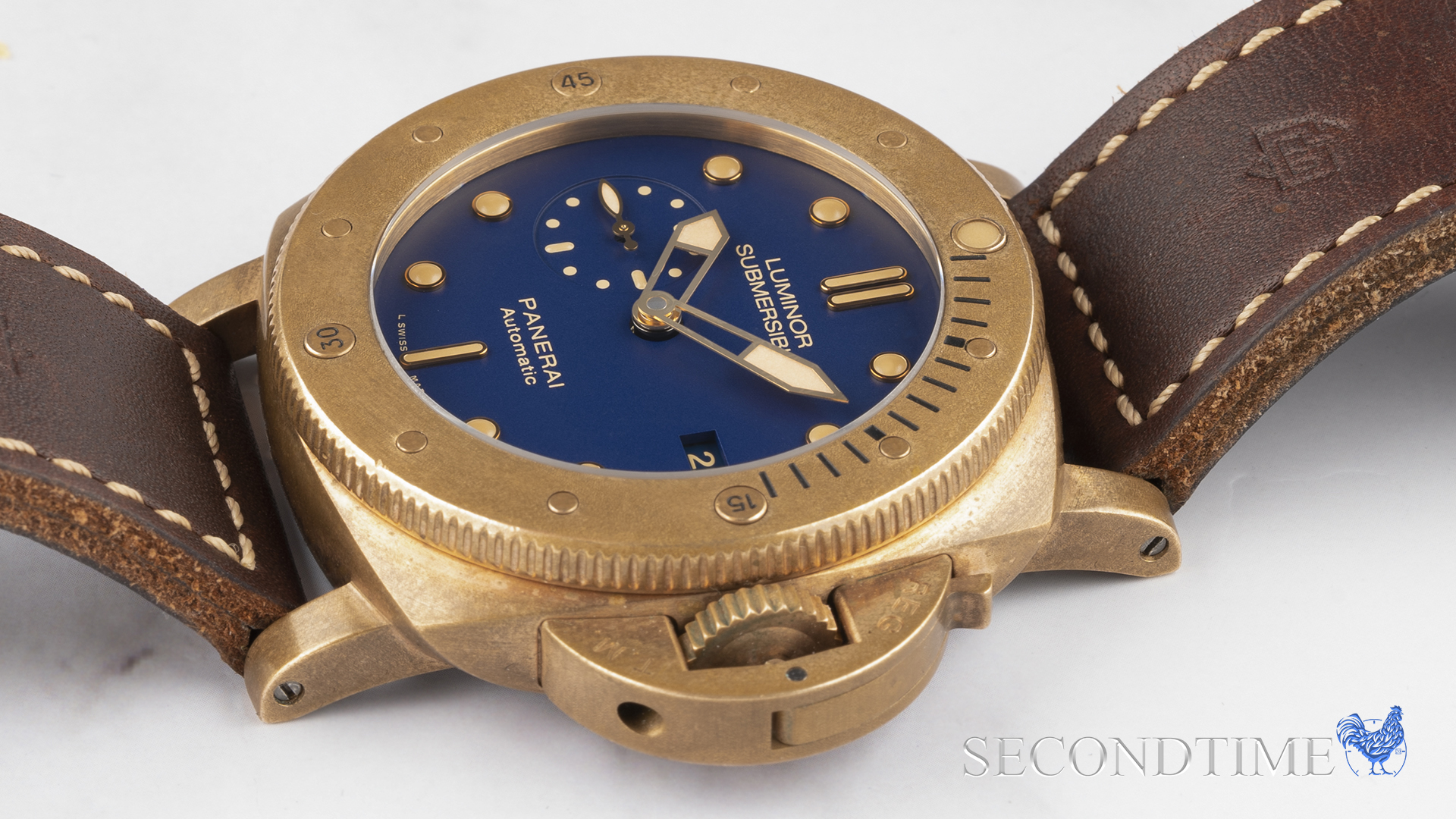 Interestingly, and for reasons unknown nor ever explained, the last Bronzo released, the PAM 968 was released as a limited edition but not as a Special Edition. If you look this up on the Panerai website and compare it to the other Panerai Bronzos, you will see its technical description is lacking that moniker, ‘Unique Edition of 1000 Pieces.’ That is important to understand because while the PAM 968 was first released in 2019 as a Q series, nothing prevents Panerai from continuing to release the PAM 968 for next production near or even the next 10 production years and I expect to see the PAM 968 released as a R S and T series. 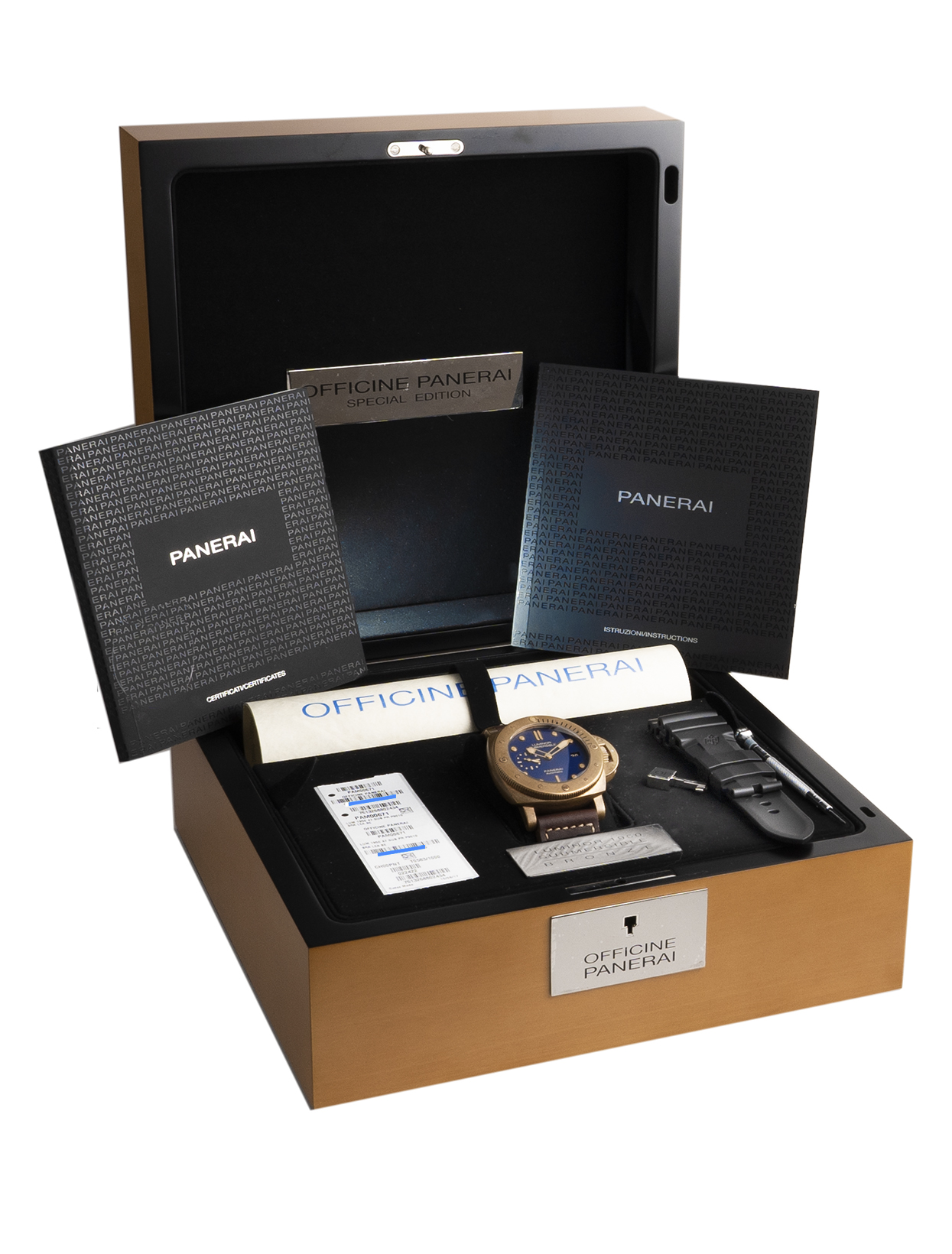 Additionally, as a special edition Panerai, the first 3 Bronzos came with full special edition presentation box sets; Massively over-sized rich burlwood chests that had the look and feel of an antique steamer trunk. These were no ordinary box sets-these were cut from a different cloth, brass accents and fitments and come complete with their own lock and key. Additionally, each of these Special Edition box sets has an integrated compartment to house and protect a rolled antique parchment special edition certificate (individually numbered to match the watch.). The PAM 968 Bronzo was released in a plastic hard-shell pelican-type tactical case (not even waterproof, go figure) and was absent a special edition certificate. My guess is Panerai will continue to produce the PAM 968 Bronzo as a regular albeit limited edition watch for the next 3 or 4 production years.

Check out our teaser video on the Pam 671

For these reasons I am of the belief that the first 3 Bronzos will continue to maintain a significantly stronger resale and collector value for at least the next 10 years or until another Special Edition Bronzo is released. Who knows, only Time Will Tell (pun Intended!) Regardless of subsequent releases we know The PAM 382 will always be revered as ‘the original Bronzo’ while the PAM 507 will be remembered as the Bronzo with a power reserve indicator and the PAM 671 will be remembered for its striking and uncharacteristic Panerai royal blue dial, never before seen in a shade or tone like this on any other Panerai.

SO, which Panerai Submersible Bronzo should you buy?

Right now, I would suggest the most undervalued and affordable of the Bronzo models is the PAM 671. but for the die hard PANERAI collector, there is only 1 Bronzo and it's the OG PAM382 Bronzo! Going off the laws of supply and demand and Panerai's history of releases. You can tell which I chose I put my money on and which I have in my personal collection. An excellent and complete example of the original bronzo PAM382 currently on SecondTime.com