When it comes to watches for lefties, one thing is certain: Officine Panerai holds the undisputed crown for being the first watch company to design and release a wristwatch specifically designed for left-handed people, and to do on a production basis. Urban legends about a mythical one-off, left-handed Rolex Sea-Dweller made for COMEX abound, but cannot be confirmed. There are also all sorts of fanciful, stylized versions of homemade left-handed Rolex sport watches. Most of these seem like Franken-watches or acts of a skilled Photoshop user creating a “dream” watch. Panerai refers to all of their left-handed models as Destro. Destro, counter-intuitively means “Right” in Italian and refers to the preferred wrist the for the watch to be worn. The Destro models are differentiated by their winding crown and trademarked crown guard moved to the opposite side of the case and inverting the dial print to reflect the watch’s new right-wristed orientation. This creates a watch that is a mirror image of the “standard” model and allows for the use of the crown by the stronger and more dexterous hand of left-handed users. 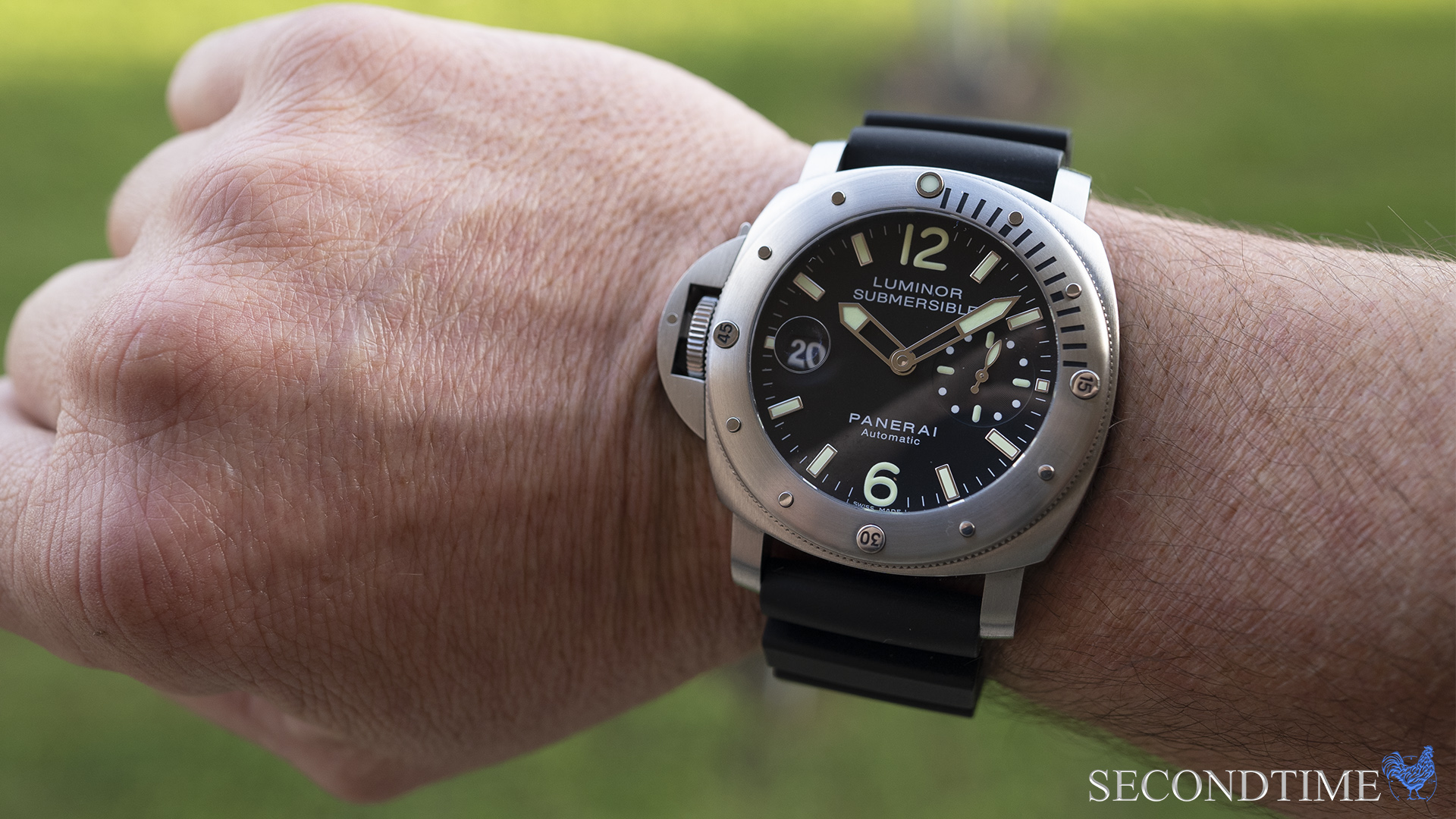 And now, my picks for the 5 modern examples of Panerai watches that proved Left is Right

(both were released in 1998) as well as being one of the first production left-handed wristwatch.

produced for 4 years with 1,500 being made. It was released to the general public at the same

time as the Panerai brand was being launched worldwide, so not only did people get the chance

successful as a military supplier. It was also the quintessential example of what a left-handed

watch should be: a mirror image of the right-handed version. Why only rank this watch at

number 5? The (relatively) long production time of 4 years means there are more of them than

almost any other Destro. It was also evolved and replaced in the catalog by the PAM 115. There

is no doubt that this watch is historic, but the long production and eventual replacement force it

were produced. It keeps the same complications as the PAM 90, so it includes a power reserve

indicator and date. This also marked the first example of a Destro based off a modern watch and

the first Destro to feature an automatic movement. I think the funkiness of the dial side is what

keeps this watch from ranking higher to me. While most of us can figure out that the movement is

rotated 180 degrees, the relatively clean appearance of Panerai dials makes it easy to think that

there is some magic underneath the hood. The PAM 123 attempted this same magic, but the

execution was a bit different. Thanks to some hard points on the movement, the power reserve

and date had to be located in the same place as their right-handed friends. When the movement

is rotated 180 degrees, the power reserve is essentially upside down and backwards and it really

feels that way on the dial side. The PAM 123 is the first and really only, watch to truly shatter the

illusion of how a Destro is made and for that, it is only number 4 on my list. 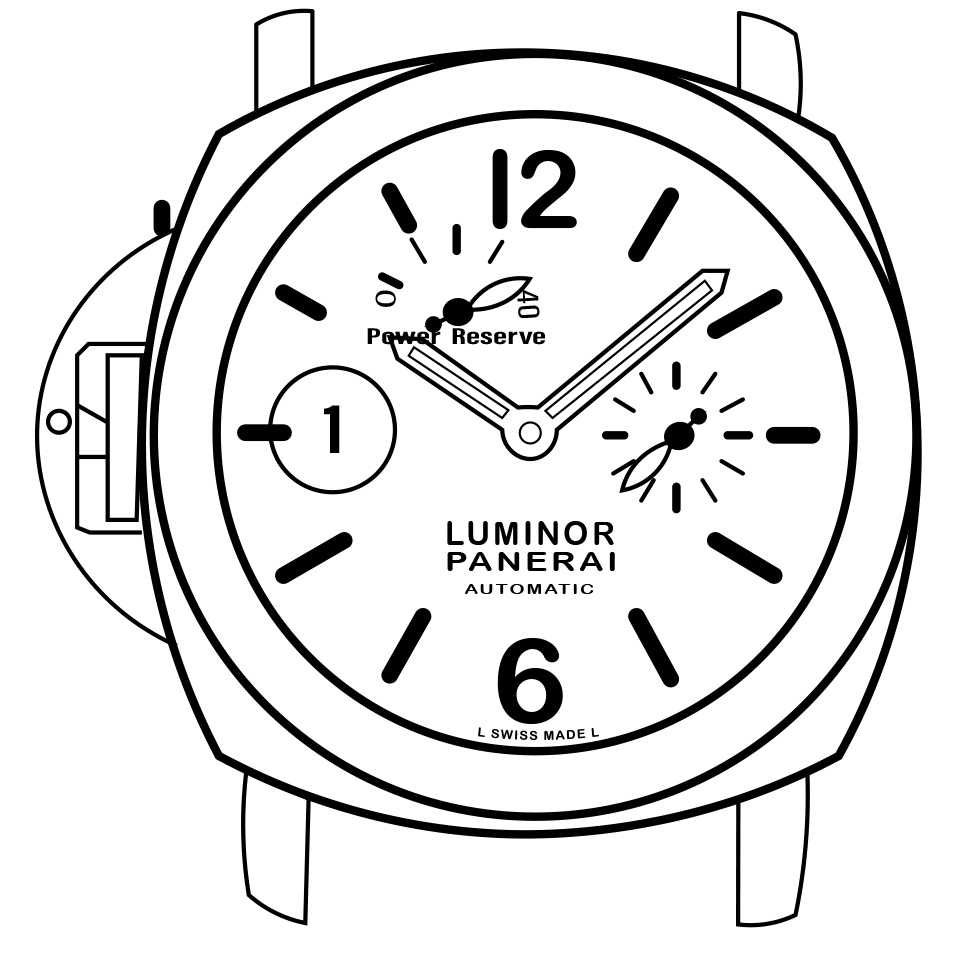 The Marina Militare…this watch is amazing. It is really inspired by the first Panerai to adorn the

wrists of the Italian Navy (aka the Marina Militare). It combines an oversized 47mm case, with a

superluminova sandwich dial, and the iconic Marina Militare naming to create a watch fit for a

frogman. It is the first use of the 47mm 1950 case with a Destro configuration, it has a great “First”

place on the map. Its historical homage is best in class. Why did it only make it up to 3? It does

not have the history nor the uniqueness of the top 2 to make it any higher. While it was created

as a one-year special edition, they did create 1000 pieces, which is more than the combined runs

of the top 2. We are getting to the point where uniqueness and limited will be even more 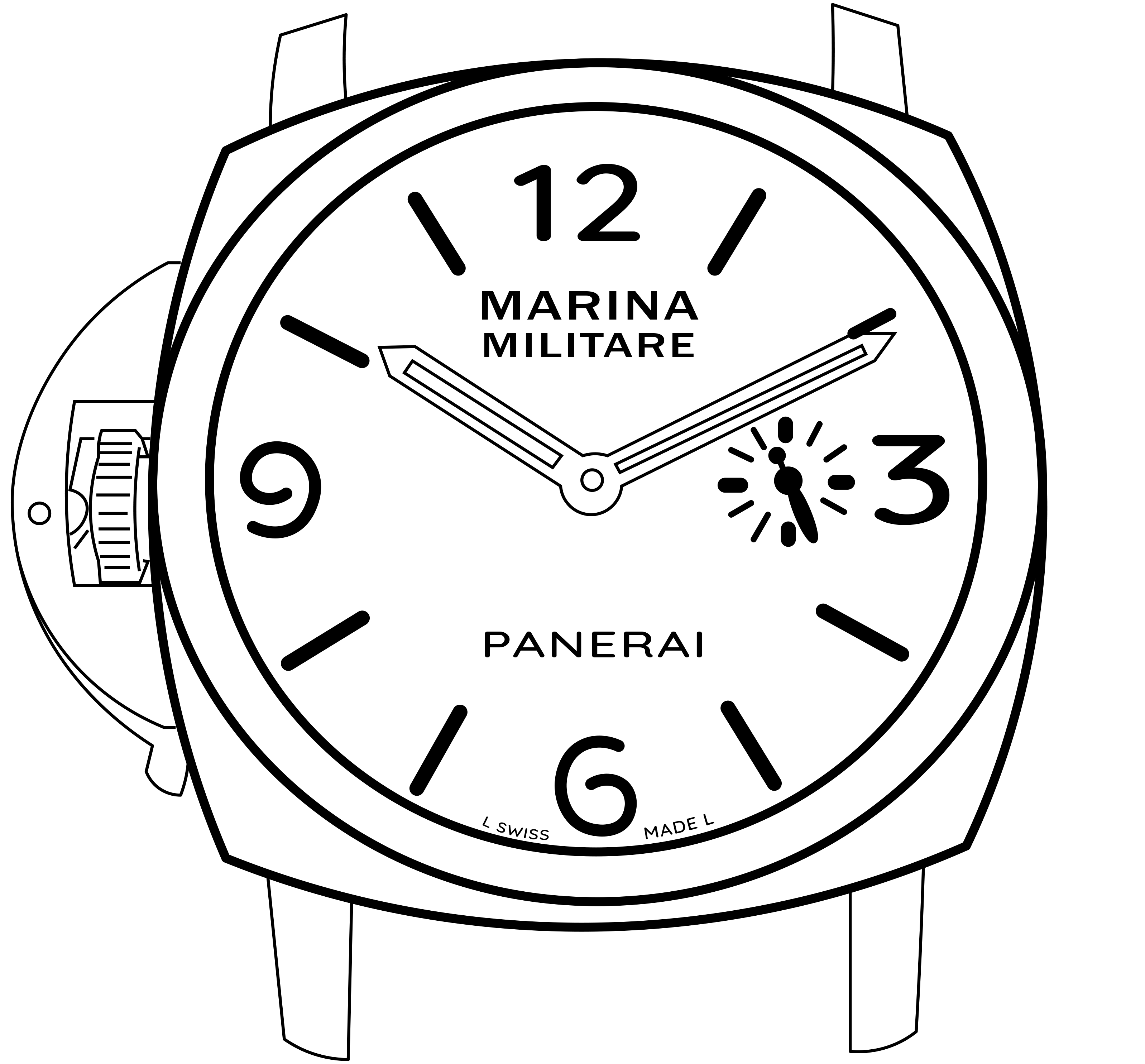 The PAM 26 is the PVD darkened brother of the PAM 22. We tend to take for granted PVD cases,

but Panerai was among the first brands to produce a PVD case. Ever. So, they created a black

cased, left-handed watch in their FIRST YEAR of global civilian production (talk about bold)! This

applied tritium lume to the Arabic numbers, dial markers, and hands. The original 2 year run only

saw 700 pieces produced (less than half of the PAM 22). It was ended two years earlier than its

stablemate, for reasons unknown. Then, it was re-released 8 years later in a one-off special

edition of 1000 pieces, known by collectors as the 26 K. The major differences were a slightly

and morepronounced edge. There were so many changes, I can’t believe it did not get its own

referencenumber! This reference remains an oddity, as it was one of the few, if only, Panerai that

was re-released using a different case and dial, without changing the reference number.

I feel that this piece definitely deserves the top spot on this list. First and foremost, it is a

thoroughly modern Panerai, with automatic winding, a date, and a 300m depth rating. It also uses

watch on this list. It also lacks any dial side adornment that would give away this illusion of how

the left-handed switch was made. To my knowledge, this is also the most limited of the Destro

watches, with just 75 pieces ever being made. It is also the only piece on this list that did not get 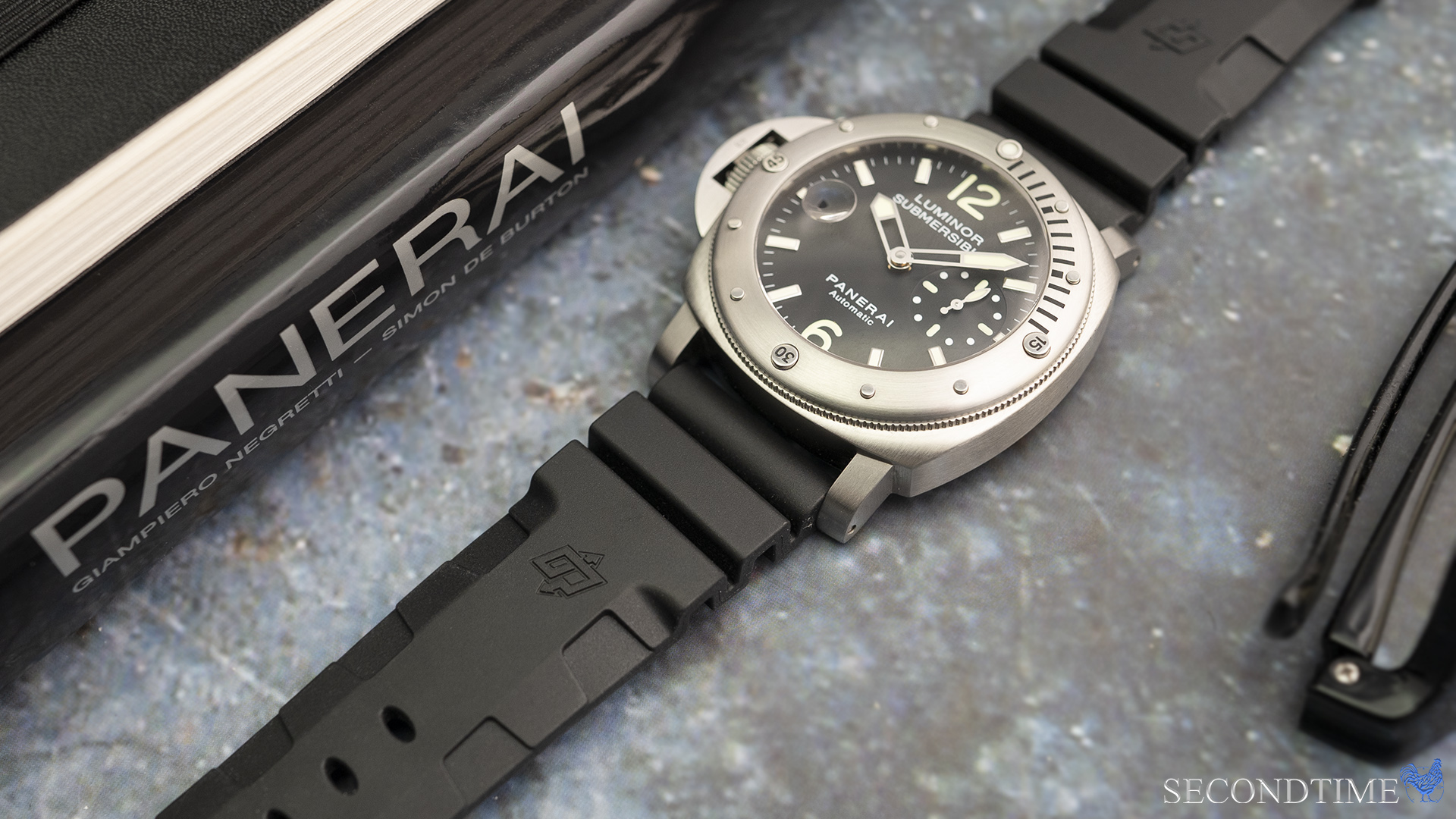 PAM 115 – This was the first attempt by Panerai to re-release the Destro. It took up the mantle

left by the discontinued PAM 22. It brought a newer style case, exhibition case back, and swan

neck regulator adjustment to the party, but it was not so different from the PAM 22 that it

PAM 358 – Another Left-handed watch by Panerai for Chronopassion in Paris, this is the Destro

47 mm watch,with a helium escape valve, and a completely different bezel to any Destro piece

created before or since. It was edged out of this list because of its place as the second

PAM 56 – The first titanium left-handed Panerai is worthy of some praise, but as you can see

from the list above, simply being the first was simply not enough. It featured a chocolate brown

see with constant exposure to sunlight.

Do you agree with me? Do you hate my picks? Should I be tarred

and feathered for loving the PAM 217 over the

PAM 22? Let me know your thoughts!