The Breitling Navitimer. The icon of the Breitling lineup, and without a doubt one of my favorites. I know that feeling is shared by a lot of people: pilots (both civilian and military), luxury enthusiasts, and fans of a “technical” watch. Almost accidentally, it has also come to represent Breitling like no other watch in its catalog. Even when other watches were in the spotlight, the Breitling Navitimer was there, existing in its classic form. I think that part of its appeal comes from its longevity. Like that tree in my front yard as a kid: the longer it remained, the more I appreciated it.

An Icon of the Skies: A brief history of the Breitling Navitimer 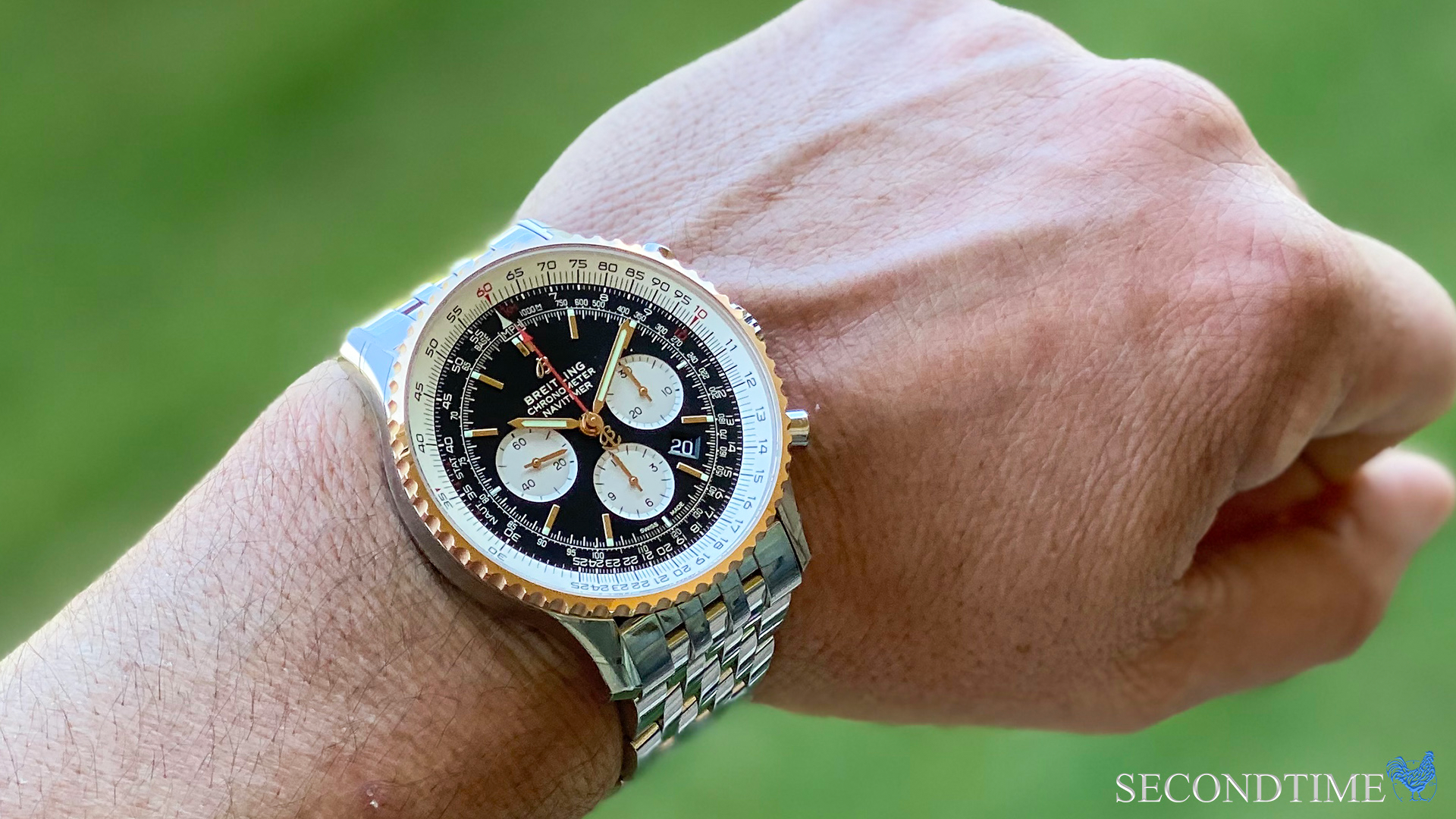 The Breitling Navitimer was introduced by Breitling in 1952. The name Navitimer is a combination

of the words “Navigation” and “Timer” and this watch lived up to its name. The Navigation part of

the name is handled by the ingenious slide rule bezel. This (relatively) easy to use bezel allows

of climb and/or descent, distance traveled during climb/descent, and nautical to statue mile

conversion. Amazing, I know. During a time when computers were too large to fit into planes,

pilots had a convenient way to make a bunch of useful calculations. The Timer in Navitimer is

provided by its chronograph complication. Like all chronographs of the time, it was a manual wind

piece. The first movements were supplied by Venus, with the Valjoux 72 being added to

production in 1954. Breitling teamed up with Heuer, Dubois-Depraz, and Hamilton in the race to

represented the single most important watchmaking development of the 20th century. 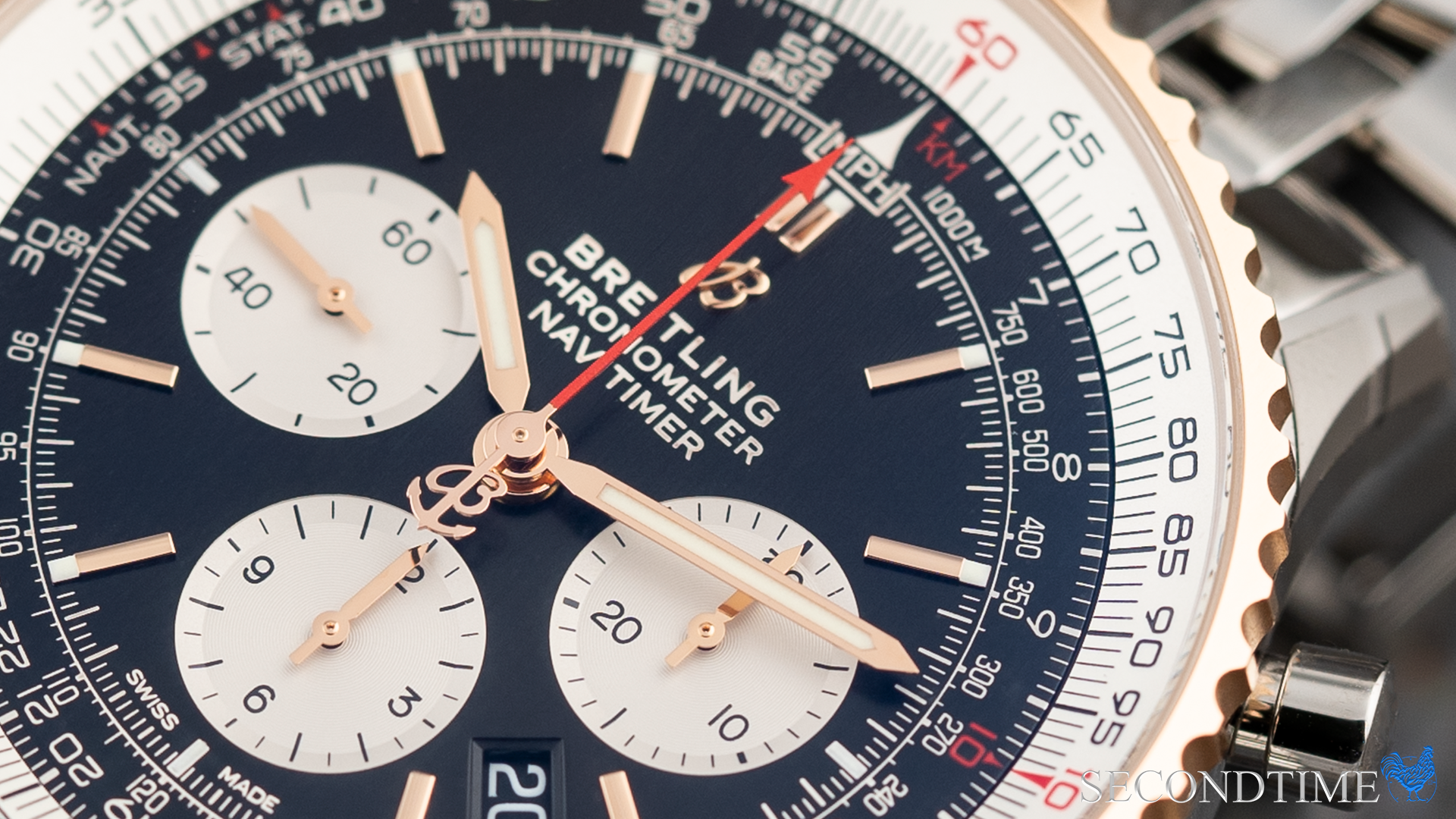 Then came the speed bumps. Quartz watches went from interesting side note to the de facto

that never needed to be re-wound. Breitling tried out a Navitimer with an LCD screen in

the 1970s and the reactions were…mixed at best. The quartz crisis was swallowing watch brands

whole, so Willy Breitling took the only way out that would ensure his company’s survival. Breitling

was sold to the Schneider family in 1979 and they remained its owner until 2017. After the sale,

the factory was moved from its historic home in La Chaux-de-Fonds to Grenchen. When the

watches. The first real change collectors would see is the brand-new Breitling Chronomat. This

featured a totally different design from its namesake and, honestly, did not bode well for the

Navitimer. Luckily, when the Navitimer was reintroduced in 1985, it was in tribute to the original,

down to it using a hand wound movement. An automatic Nativimer was re-released in 1987. 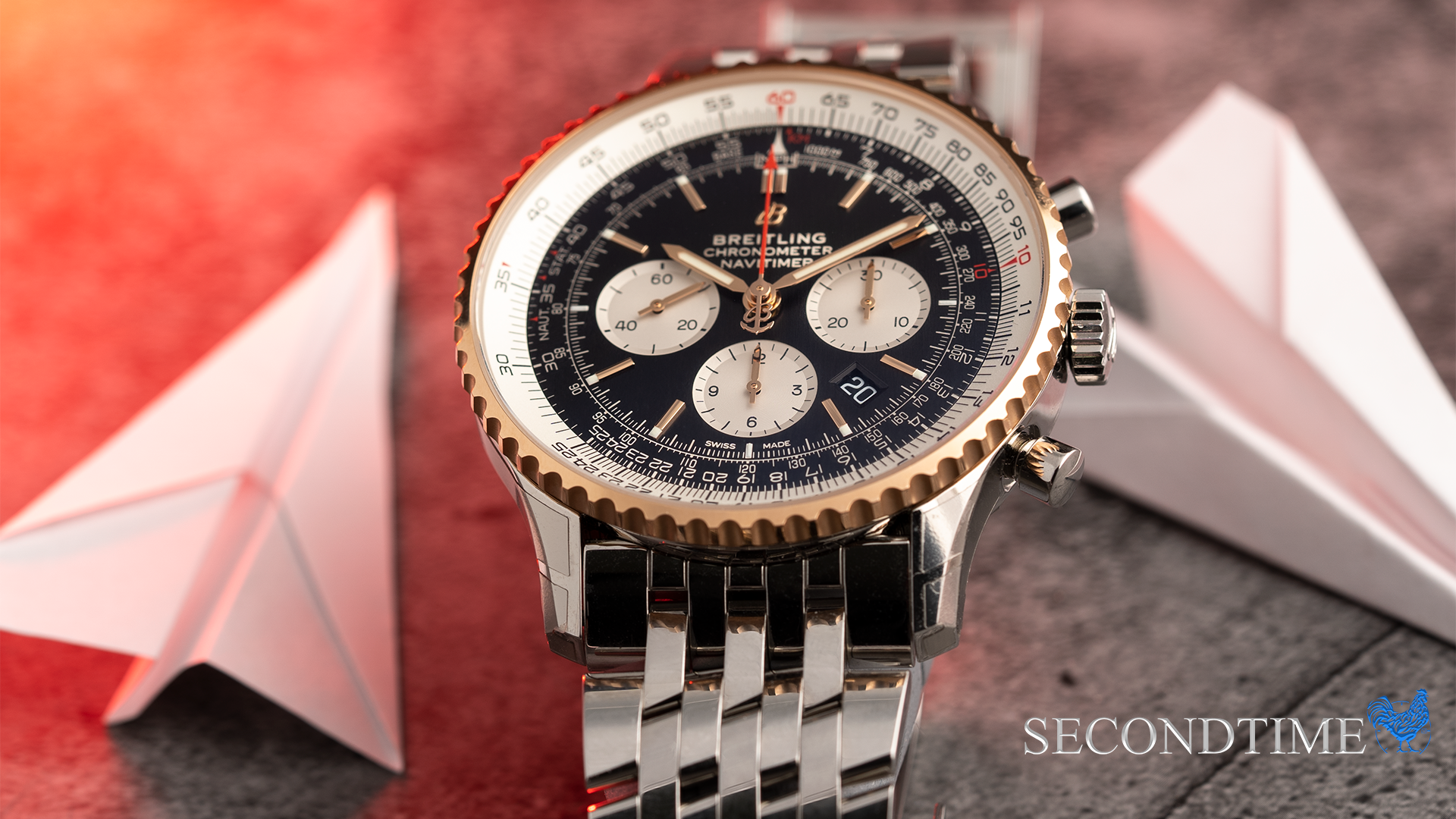 The modern Breitling Navitimer is quintessentially Breitling: it features an over-sized case (of

either 43 or 46 mm), a modern in-house automatic with fully integrated column wheel

chronograph (the caliberB01), contrasting sub-dials for better visibility against the dial, and that

any computer. The Navitimer has survived and endured, but not without its struggles. In my

opinion, it is the watch industry’s Wright Flyer: a representation of humanity’s conquering of the

skies and the freedom that granted. It is one of the only watches still in production that can make

flight-specific calculations with the absence of any computerized assistance. It is a tribute to

function that happened to become an instantly recognizable style icon. I think that is why I love

Breitling’s flagship watch. It stayed true to its mission when it could have easily just gone away. In

a world of compromise, it just didn’t.

blog is an excellent example of a new modern-day Navitimer. Currently available at Secondtime.com